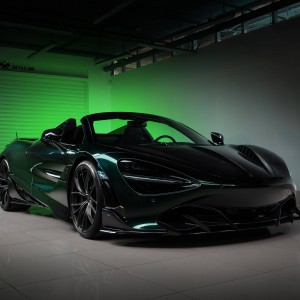 720S Fury: British open mid-motor with an individual carbon body kit In 2011, following a prolonged absence, McLaren returning to the mid-motor sports car market with the MP4-12C, which became known simply as the 12C. This model, initially available as a coupé and subsequently also as a spider, instantly punched through against its Italian competitors. The same applies to the new successor to the 12C, the 720S – also available as both a coupé and a spider. The Russian specialists at TopCar Design have now developed an extensive, high-quality body kit for this powerful sportster, which clocks in at 720 hp and 770 Nm of torque. Its name, “Fury”, is certainly a fitting choice given the McLaren’s extreme, furious aesthetic since the refurb.

The kit comprises 50 components and the first finished specimen, a 720S Spider, features the even more exclusive Stealth Edition. All components are made from carbon fiber and, as TopCar refrained from adding a colored coating, the material’s gray fibrous structure comes to the fore, providing an awesome contrast to the dark-green paint job on the body. The nose has been fitted with a front skirt insert, a mount for the combined spotlight/air scoop, a multi-piece spoiler lip and a new front panel with gills to either side.
The side attachments are particularly extensive, reaching almost up to the beltline in places. The modifications to the rear include a diffuser, trims for the covers over the eight-cylinder engine and skirt insights, plus a rear wing with two striking fins – a reference to the TopCar logo, which depicts a shark. The forged TopCar Fury style rims measuring 9x20" and 11.5x21" and high-performance tires measuring 255/30ZR20 and 325/25ZR21 complement the new design perfectly. 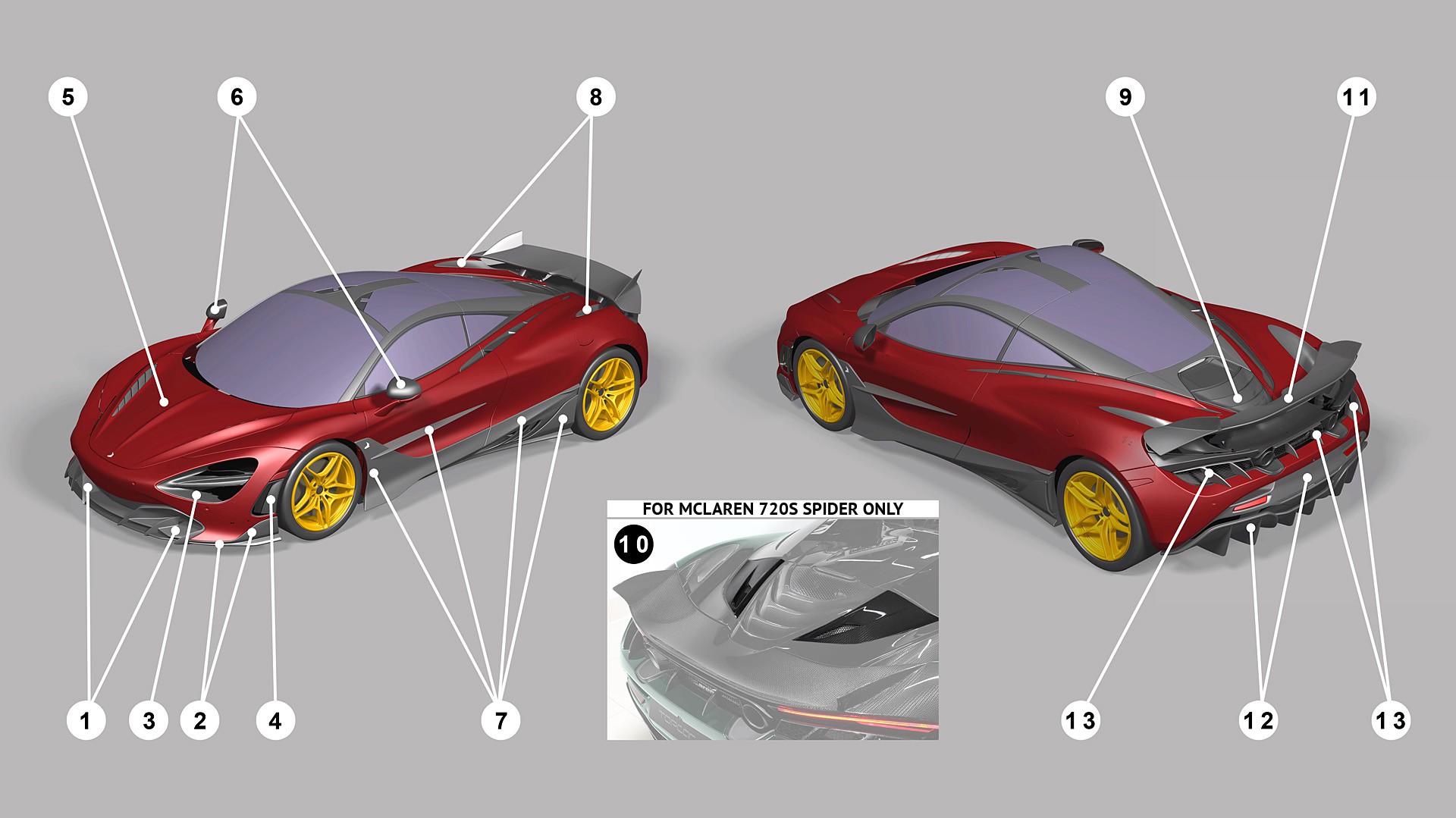 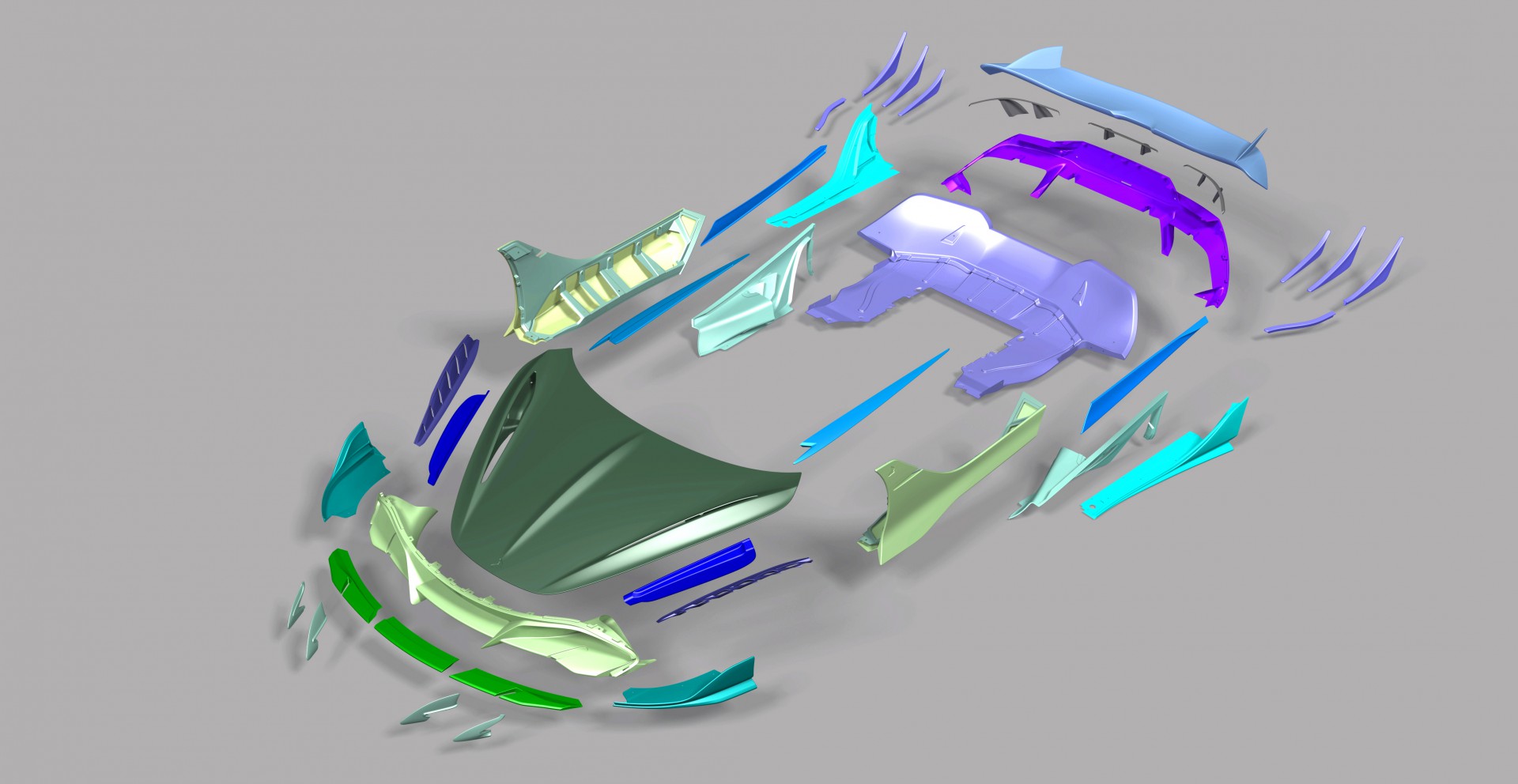 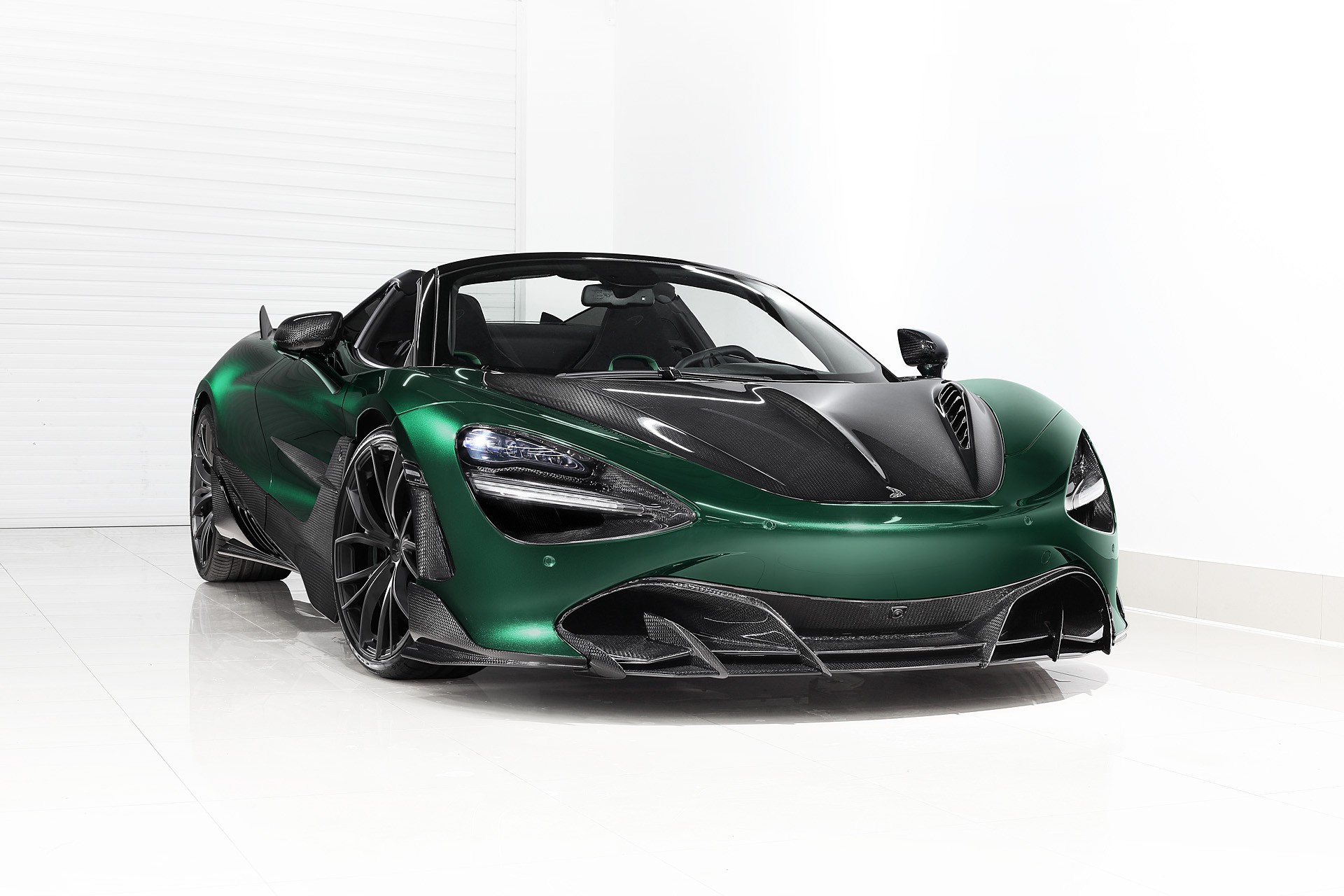 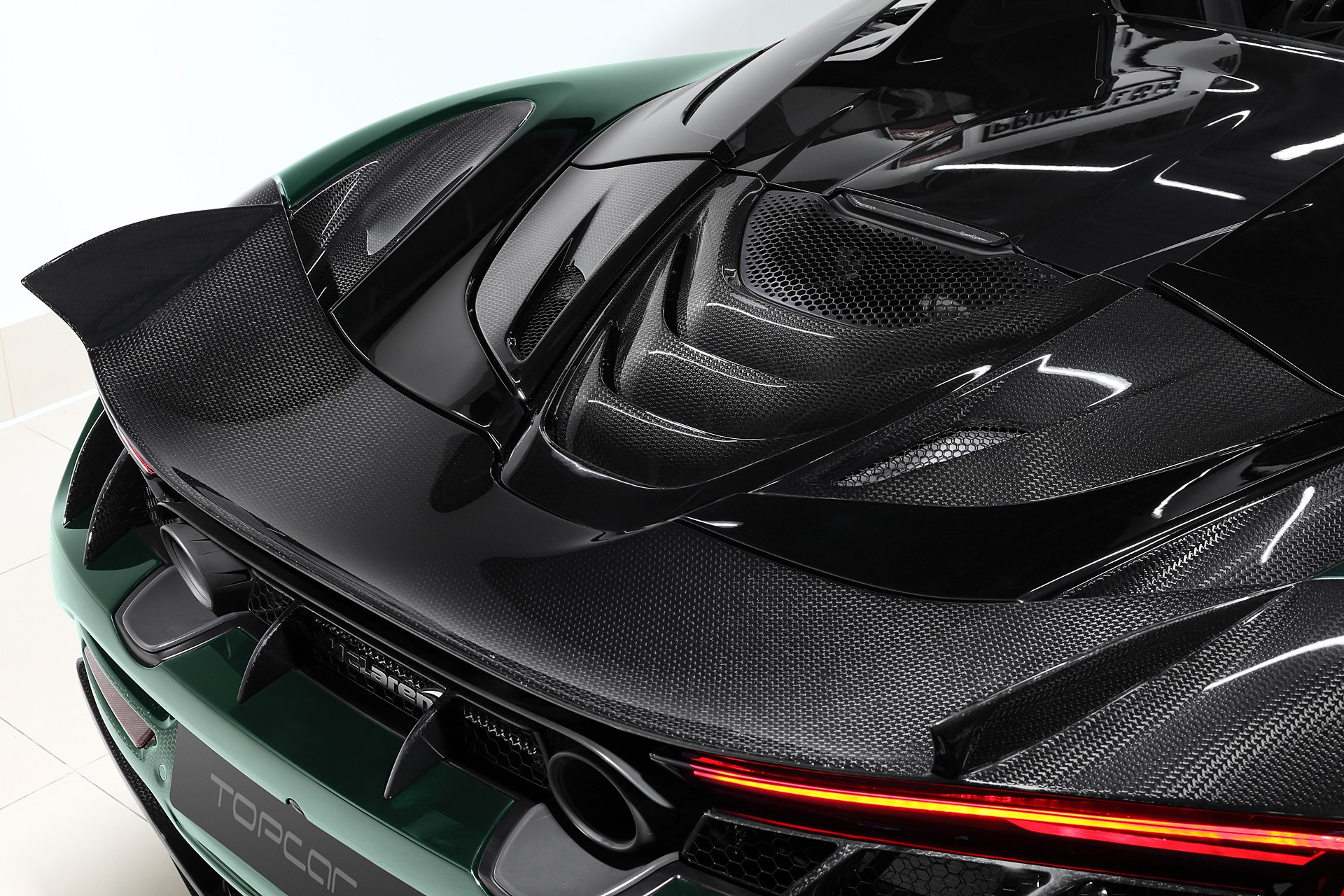 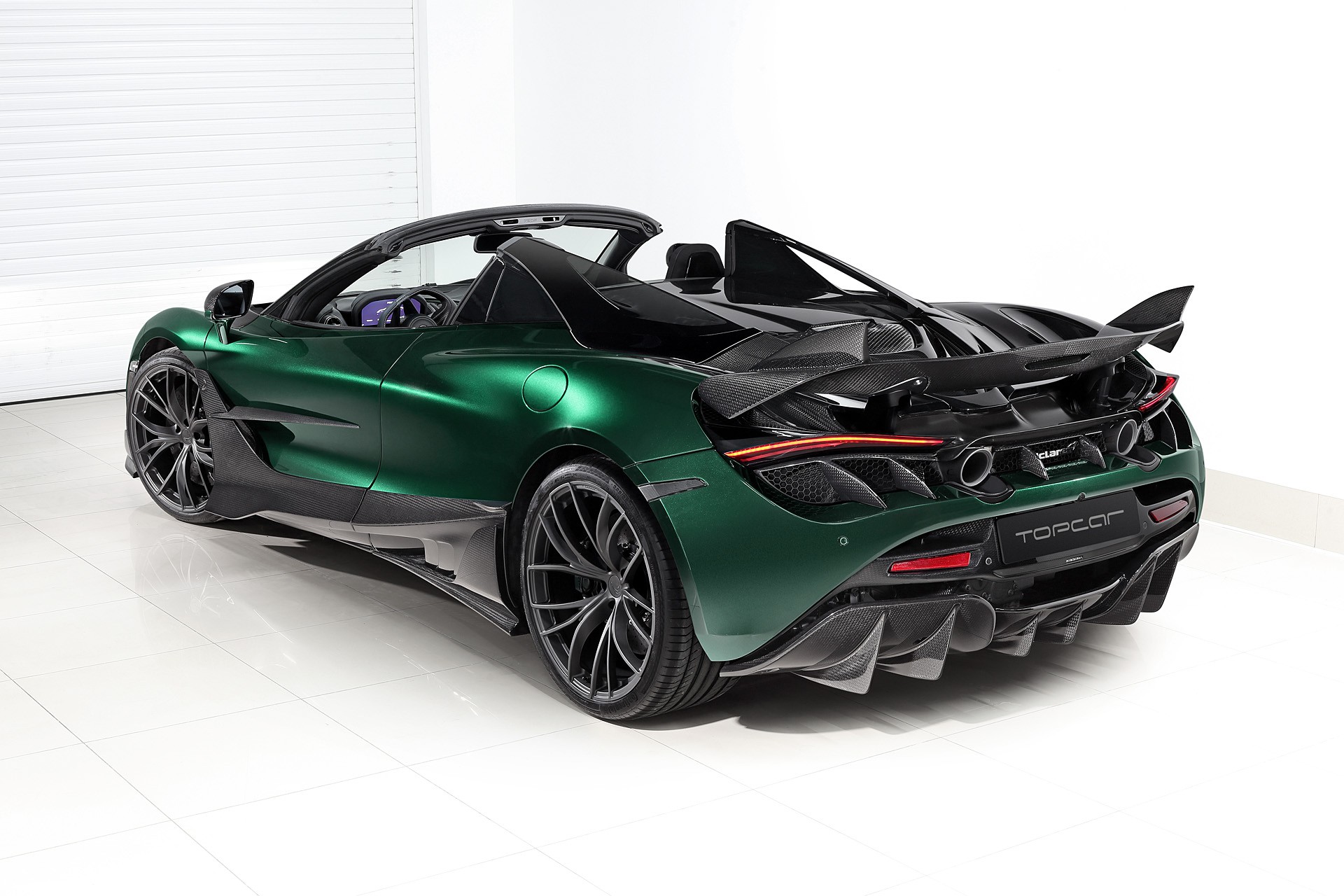 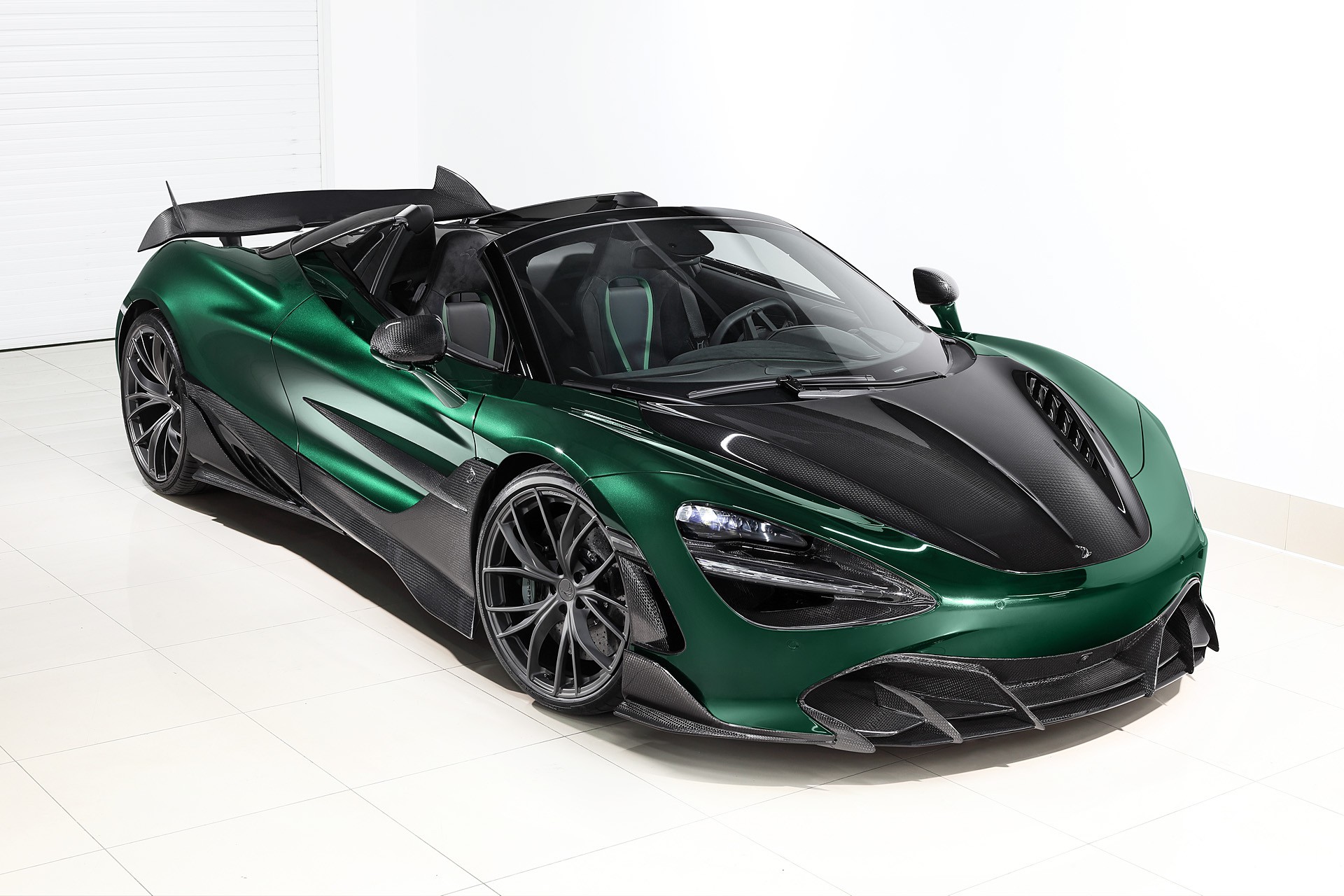 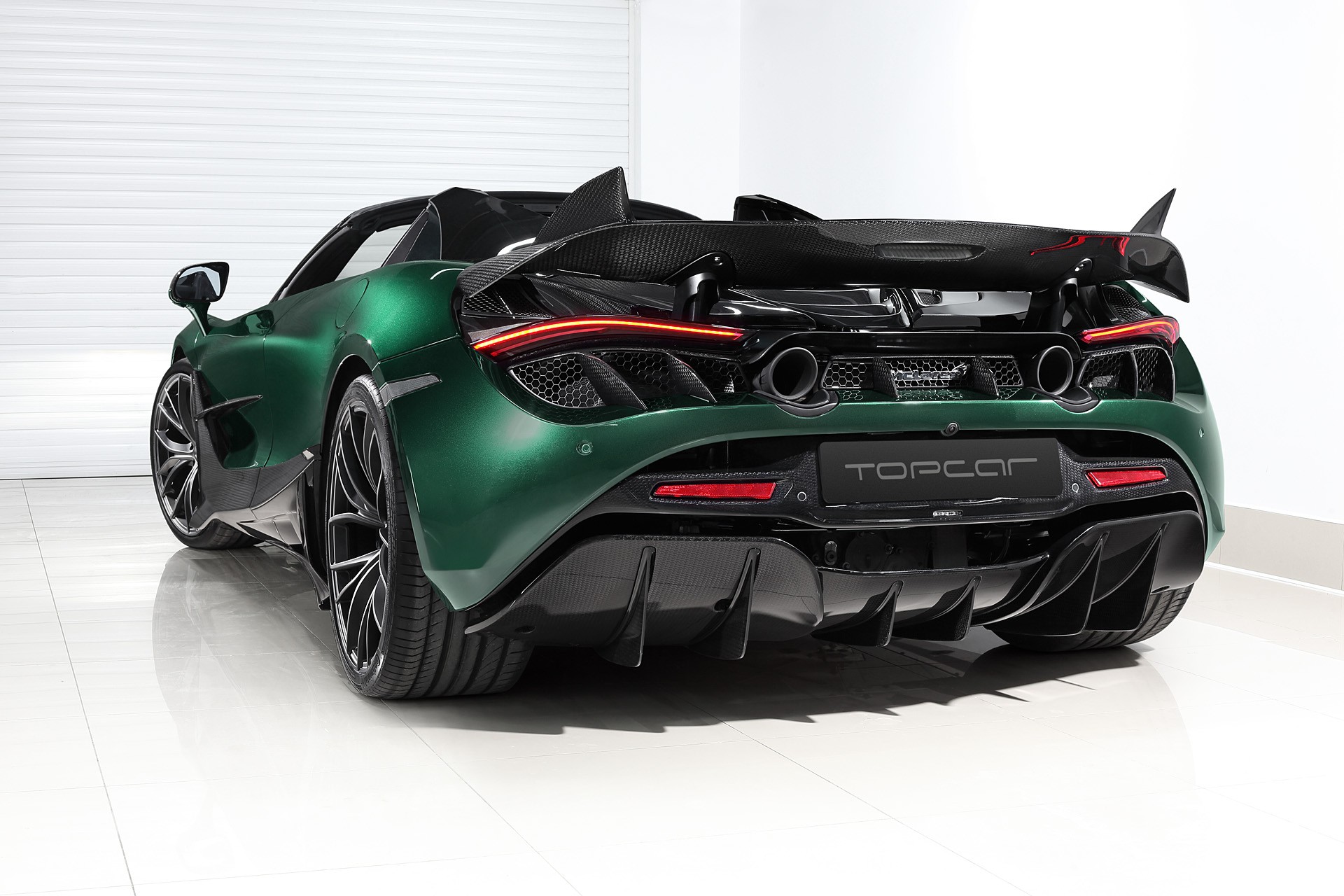